This week we’re looking at the only thing that brings all Italians together, coffee, oh and a man named George, and his charming black polar neck. 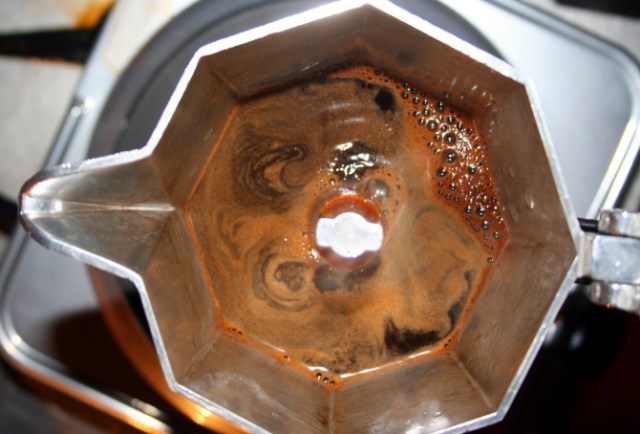 With his black polar neck and cheeky smile, nothing could stop George that day. Walking in like he owned the establishment, he catches the gaze of two women and proceeds to the newest of liquid dispensing machinery.

“Dark” “very intense” “balanced” “unique” “mysterious” adjectives, all murmured within ear shot of the passing stranger. He nods, he smiles, he’s quietly confident. “I would say Latin American” purrs one woman, the other agrees. “And a delicious aftertaste”. It’s apparent, George isn’t the subject matter. For any other man, this would ruin their day, for George it was just the beginning. “You’re talking about Nespresso right? Yeah, what else”.

Established in 1986, Nespresso was inspired by Luigi Bezzera’s original espresso concept only this time using portioned coffee capsules that interact with a specific machine, unsurprisingly, their own.  Unlike most inventions however, Swiss efficiency saw each product launch without issues whilst Italian design firm pininfarina were used for style consultations. In what started as a small operation, with four flavours and two machines, Nespresso today is far removed from its humble Nestle beginnings.

Now with a superfluous range of flavours, gadgets and even “coffee boutiques” its a world domineering enterprise in the battle to the top of the pod coffee revolution. If gorgeous George can lend his ultra cool image to the brand, then surely the Swiss champions of espresso can’t possibly be going wrong.

The problem it seems, lies in Italy. Not ones to be cantankerous with their morning coffee ritual, the Italians don’t quite ‘get’ the coffee pod. A trip to the local bar still ranks highly in their daily routine whilst the stove top machine, the Moka holds a significant place in their hearts.

Inspired by his wife’s washing machine, Alfonso Bialetti had re-thought the whole process of home made coffee. Using the same principles as the washer, where pressure is applied from heat forcing a cleaning agent to the drum, Bialetti reasoned that coffee can be made the same way.

Styled heavily in the art deco fashion of the time, Bialetti had also inadvertently created a product that could withstand the heat from stoves and keep production costs low. But Bialetti’s great invention wouldn’t see major success until the early 1950’s.

The Moka, which was an artisan product at the time, became more important in the daily habits of the Italian people. Take their original production times, for 10,000 units you would need to spend approximately six months to manufacture, by 1947 and production moving to an automated system under his son’s guidance, Renato, over 1 million units were made and sold before the 1950s. Today, it remains Italy’s number one coffee machine seller with over 300 million units sold in Italy alone.

There is much debate as to what makes the perfect espresso, Amy Fleming from the Guardian investigates the phenomena here. (Be warned, the Moka is mocked). Whilst Alex Galantino from La Bottega Milanese gives you a guide to the perfect coffee with his Moka guide.

One thought on “When a man named George had a coffee…”