Back for another instalment of Eatosi, and this week we look at a northern English favourite, HotPot. What are the odds that one can kill you? You’ll just have to keep on reading. 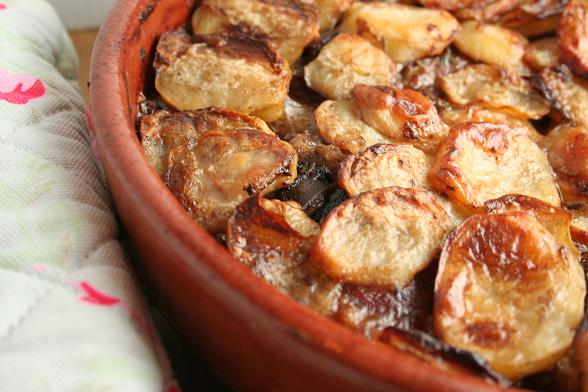 What are the odds of dying in Coronation Street? The famous soap, known, loved and adored by generatia across the tiny island of Great Britain is perhaps one of the most dangerous and fatal streets known to man.

In fifty years of filming there have been 153 deaths, some of which include; tram accidents, bikes, plain and simple murder and many many more. In fact, such is the incidence of death that an infographic comparing the northern town soap drama to the southern suburb of Eastenders for rate of death is a popular ‘go to’ for entertainment junkies.

It’s amazing how either Columbo or Jessica Fletcher didn’t set up shop in the respective soap dramas.

But it was to be a non fatal heart attack, possibly the first in Coronation Street history, that threw into jeopardy and near television extinction one of the nations most recognisable dishes, Betty’s Hotpot.

Ever since Betty Williams (portrayed by Betty Driver) laid foot onto the cobblestones in 1969, both character and her famous dish were synonymous with visits to the local watering hole, The Rovers Return. The lunchtime menu, which we assume had other things to eat was never even displayed, “Betty’s hotpot” was a crowd pleaser and food stalwart.

“The stuff of legends” as ITV described it became something you could also purchase. In 1995, national pie maker, Holland’s Pies launched a real life range of hotpots and pies based on the dish, called “Betty’s Kitchen”.*

But in early 2008, Betty’s hotpot was threatened by the sudden heart attack of the fast food shop owner, Jerry Morton in the show. Blaming Betty and her hot pot for causing poor Jerry’s arteries to clog up faster than the Thelwall viaduct, Jerry’s ex wife had nearly killed off a northern food staple and livelihood for one barmaid. It wasn’t to be, after even contemplating Ostrich meat as a replacement, the accusations were dropped and Betty’s hotpot continued to sell until she dearly departed in 2011.

Made popular in the 19th Century by cotton mill workers, this Lancastrian dish is basically a form of lamb stew topped with potatoes. But what distinguishes it as hotpot is in essence the dish in which it was cooked. “The pot cradles the long bones of local sheep, which lend flavour to the sliced potato topping. The traditional protruding bones make it an eye-catching, if slightly spooky looking, dish.”

Simple and quick to prepare, the dish could be left to cook for hours without requiring the necessary attention as other dishes at the time. The mill workers, propelling England’s economic prosperity could be guaranteed something warm and filling when returning from their daily task.

Classed as an “endangered recipe” by Tesco in 2008, its recent renaissance has been down to northern chef, Nigel Haworth who, won the main course category in the 2009 edition of Great British Menu. Inspired by his mum’s recipe, his own concoction can be found here. If however, you are looking for something more, distinguishable, Betty’s recipe, which was even used in a world record breaking attempt for the nation’s largest hotpot can be found here.

p.s The answer to “what are the odds of a hotpot killing you?” None. Betty didn’t kill anyone, and it has been widely agreed by science over the last 40 years that high fat diets don’t actually lead to heart attacks…

6 thoughts on “What are the odds of a hotpot killing you?”